The only guaranteed way to get rid of crows from your green.

Your bowls green safe from crows and crow damage

Book your bowls holiday in the sun with Holiday Heat

Our company has a particular speciality; the sport of bowls. We want as many people as possible to participate in the sport, whether they are new to it or experienced players. You can’t simply begin playing as you are however. You’re going to need the right equipment to play indoors and outside. Luckily, we have all the essentials in our bowls shop. Each item is available for a reasonable price, and some come in an array of designs to suit different needs. You can even buy securely from us online. END_OF_DOCUMENT_TOKEN_TO_BE_REPLACED

Whether you’re playing indoors or outdoors it is important to ensure you have a good grip on your bowl at the moment of delivery.At Bush Hill Bowls, we are here to help you to get just that. For starters we offer a wide array of useful products you can rely on. In addition, we have outlined a few tips below so you can improve your finger placement. END_OF_DOCUMENT_TOKEN_TO_BE_REPLACED

At Bush Hill Bowls we strive to offer the perfect range of products so that people of all ages can get involved in the sport. We have options to suit any skill levels too. One thing we understand is how tricky it can be for young people to start playing. That is why we offer a selection of bowls for juniors, sized for smaller hands so it’s easier for them to get familiar with the sport. END_OF_DOCUMENT_TOKEN_TO_BE_REPLACED

Our company specialises in providing bowlers with top quality bowls shirts. The merchandise we have is suitable for indoor play when the rain is pouring and for outside events when the sun is out. Not only this, but everything is very reasonably priced too.

Are there clothing requirements?

Similar to other sports with a deep history, lawn bowls comes with its own unique system of clothing. In part, this has been established in the game’s tradition. There is also a requirement for participants to own garments that are easy to maintain and comfortable to play in.

It’s a headline characteristic of the game that clubs and players both take pride in preserving the dress standards. The National governing body, Bowls England, defines the overall dress code which clubs can modulate – within limits! Some dismiss such orthodoxy as being archaic. However, the fact is that these clothing and behavioural norms apply to numerous other classic yet current sports, including tennis, cricket, and golf. All of these have been changing and bowls is no exception with a strong lobby now pressing for a relaxation of the rules, particularly to encourage more youngsters to play the game.

In truth, donning the right clothes can assist players with their focus and discipline. Even for informal matches, changing into the proper attire sends a powerful indication to the player and those surrounding them. It tells them that they’re here to play and that they are serious. 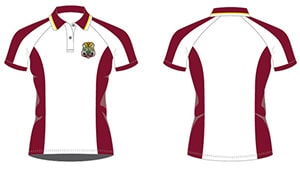 When playing indoors, all you need is an appropriate shirt, some bowls trousers, and smooth soled shoes. On days with mild weather conditions, these same garments shall be sufficient for outdoor matches. This is as long as the weather stays on your side. Should it get sunnier or wetter, then additional protection will be necessary.

At Bush Hill Bowls, we make bowls shirts made from the best fabric. A great option is clothing made from 170gm Sirroco fabric due to the material’s soft and breathable features. In addition it is not challenging to wash.

If that wasn’t enough, shirts include all colours, designs, badges and even individual names in the price as the shirts are sublimation printed. For a £3 charge, if preferred, thread embroidery is possible too. That way you can ensure every shirt is personal.

If there’s anything we can do for you, please let us know.

So after winning the game I decided to throw the ball into the crowd, like they do on the TV.

When should a skip tell a bowler what shot to attempt? Logically, that’s when the bowler is ready to start their delivery…but when exactly is that?

A bowler that uses a static stance will position themselves on the mat and then wait for instructions.

But what about the bowler whose delivery is a fluid motion that includes four linked stages – walking onto the mat down the delivery line, pendulum backswing, pendulum forward-swing and follow-through with one or more steps off the mat and down the green?

For this bowler, according to the tutors on the Level 2 BDA Bowls Coaching course, the skip needs to give instructions BEFORE the bowler begins the delivery – which means before they step onto the mat.

Is this realistic? After all, until you step onto the mat you don’t really see the line.

But perhaps you should? Is this part of the concentration that the best bowlers achieve? Could it be a missing link that would improve delivery consistency?

I’ll tell you what – I’m certainly going to ask my skip to give it a try!

The BHP Skip had retired with breathing difficulties. One minute I was spectating a Middlesex Triples match between Broomfield and Bush Hill Park. The next I was in the game.

It was a dark and stormy night. The rain came down in torrents. And the number two said to young Jerry “You’re on, leading and the jack has already been cast.”

All three opposition players were County standard or higher. When they saw me come on they must have licked their lips and smelled victory.

That’s now how it turned out. Why? Because despite their experience, they couldn’t handle the water… and I could.

Between ends, I scooped out a dollop of Aero Monkey Grip into my left palm and gently rubbed my hands together. By the time I picked up my bowl for the next delivery my grip was solid and reliable.

They got back to 13-13 on the 16th end, then we got a five. Their consolation shot on the last end was game over. My warm glow lasted for several days …. and I’m bowling better than ever since that night!

A strange and wonderful new sentence has appeared in the yet-to-be-published Fourth Edition of the ‘The Laws of World Bowls’, law 23.3.

In case you haven’t got the Third Edition about your person as you read this (and if not, why not?), law 23.3 bans measuring in the head before the last bowl of an end has come to rest

But the Fourth Edition will clarify that using ‘devices comprising concentric circles within a transparent frame which are held approximately waist high’ during an end will not be deemed to be in breach of Law 23.3

This update is surely most odd. So what could have persuaded World Bowls to introduce this most closely described of exceptions the laws?

Well, it’s not What, but Who? Australian bowler Dave Goode has invented a device which exactly matches the Fourth Edition description. Called the Bowls Eye, it is a piece of clear perspex engraved with concentric circles, and when held above the jack at approximately waist height allows someone at the head to more easily distinguish which bowls are closer to the jack. It looks like this:

and here’s a video of it being used.

I can think of one particular circumstance in which this could be very useful. At a recent singles match a bowler with one bowl left to bowl asked the marker ‘What’s the situation?’

The marker, of course, is not allowed to measure. He had several choices, including, but not exhaustively – “It’s a measure” or “You’re holding”, or “You’re one down.”

“You’re holding”, he shouted back down the green. The bowler indicated that he would not bowl has last bowl. But on arriving at the head, his opponent asked for a measure, and won the match.

If the marker had had a Bowls Eye in his pocket, perhaps the outcome would have been different. But there is another Law, 42.2.7, which the Fourth Edition does not clarify. The marker, when asked, must “tell or show the player in possession of the rink which bowl or bowls the marker considers to be shot.”

But can a marker use a Bowls Eye? That is the question!

If you want to try Bowls Eye for yourself, please email sales@bushhillbowls.co.uk to place a back order. The ‘No measuring’ regulation imposed by Bowls England during the COVID-19 pandemic means we are sold out and waiting for the next shipment.

We’re co-hosting a roadshow at Luton Indoor Bowls Club on Monday 16th November, when champion bowler and Taylor Bowls ambassador Andy Thomson will be on hand to coach, provide tips and play with – or against you!

There’s no need to book, and the day runs from 11am to 3pm. See you there!

You’re eight shots ahead, your opponent is clearly demoralised. Yet within four ends they’ve caught up, are 17-16 ahead and get a four on the next end to win.

What happened was that you empathised so much with their feelings of demoralisation that you eased up and let your empathy for their despair offer them the human gift of comfort.

In other words, you didn’t want to see them suffer.

Well, not all of you. The bowler in you still wanted to win the match. But the human being couldn’t bear the guilt of deliberately inflicting suffering on another human being.

Now imagine this: as the owner of an online bowls store, you see a competitor going out of business and running a closing down sale. He’s offering 20% off everything in his web store until all his stock is sold. 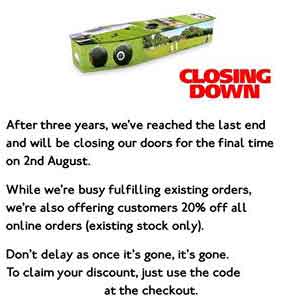 Yet you know that even after applying the 20%, customers would get a better deal if they bought the same gear from your web shop – which isn’t closing down!  So do you go out there and press home Bush Hill Bowls’ advantage, flooding social media and your mailing lists with the facts of the matter?

Or does your humanity get the better of your business instinct, and you end up making your point in an obscure blog somewhere where no-one will read it?